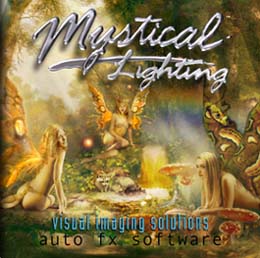 Apply realistic or surrealistic lighting and shading effects to digital images with the Mystical Lighting package from Auto FX Software. The package includes 16 visual effects, with over 400 presets for instant results and an infinite variety of looks.

Cooping Up a Mini Cooper

Hire an Imaginary Consultant, Shut Out the Humidity, Shine the Spotlight on Job Candidates, and More Business Boosters for Print Pros in August

Get the most important news and business ideas from Big Picture magazine's news bulletin.

Wallcoverings can take an office space from boring

With a 2nd Home in Costa Rica and His 7th Grandchi

Climbing Higher - An escalator at a South Dakota c

Nominations for the Women in Wide Format Awards ar

This Self-Taught Wrapping Pro Is a Single Mom Who

Enjoy this short reel of our experience at Kornit